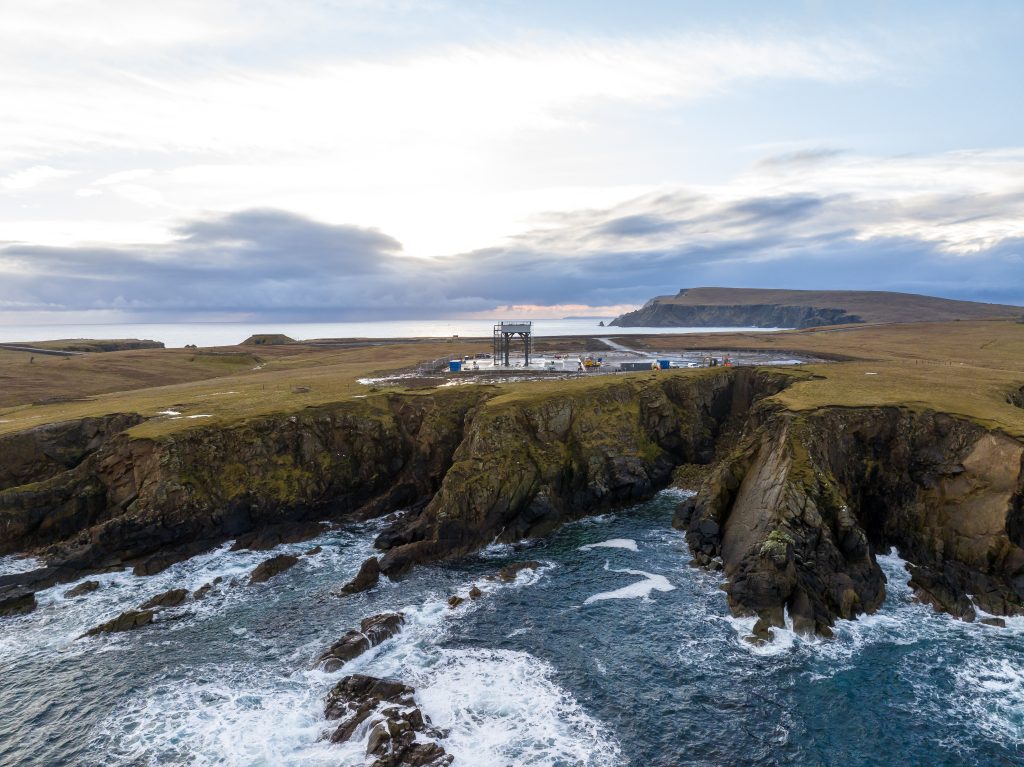 Launch service provider Rocket Factory Augsburg AG (RFA) and SaxaVord Spaceport have today announced their launch operations partnership. RFA will have exclusive access to Launch Pad Fredo for orbital launches, meaning the company’s first launch of its RFA ONE launch system – currently planned for the end of 2023 – will take place from the northernmost point in the UK.

The commercial Spaceport in Shetland is ideally located for RFA to launch payloads at high cadence into polar, sun-synchronous orbits. Existing logistics and infrastructure, launch readiness, as well as rapid implementation and matching mentality were key factors why RFA chose to partner with SaxaVord. With the multi-year partnership, which includes investments in the double-digit million pound range, RFA is securing its first flight launch site in order to be able to provide its services individually and flexibly to customer requirements.

The launch pad and launch stool were fully completed by the end of 2022. The RFA launch pad is therefore the first for vertical orbital rocket launches in the UK and mainland Europe. In the future, the launch pad will not only be used for orbital launches, but for testing and qualification of the RFA ONE core stages. These tests are expected to begin in mid-2023. The first launch will then be into a 500 km high sun-synchronous orbit.

Jörn Spurmann, Chief Commercial Officer at RFA, who visited SaxaVord Spaceport yesterday, said: “We are super excited to launch our first flight from SaxaVord. This partnership of privately financed companies enables the spirit and speed that we need, to be on top of the commercial small launch competition.

“The SaxaVord team was incredibly determined to build our launch pad and get the operations up and running. We are proud to be part of this historic event for the UK having built the first launch pad in mainland Europe. We firmly believe in the UK’s strategic space vision and are absolutely convinced that the double-digit million investment in the site is well placed on our part.”

SaxaVord Spaceport CEO Frank Strang said: “We’re delighted to kick off the New Year by announcing our partnership with RFA. We will support RFA across the entire lifecycle of a launch, from facilitating testing, inspections, fuelling and safety, to supplying MET weather data and access to our ground station network for data capture and distribution. The entire team cannot wait to welcome RFA and work closely as we edge closer to the UK’s first vertical space launch in Unst.”

The partnership will allow RFA to launch satellites, the majority of which are active in two major areas: Earth observation and communications. The data collected by these satellites can benefit any industry. Examples of applications include: Optimization of logistics routes, early detection of forest fires, Internet of Things, analysis of ground conditions, maintenance of infrastructure, collection of health data, self-driving cars, climate and environmental protection. In this way, RFA acts as an enabler to better connect, understand, and protect our Earth.