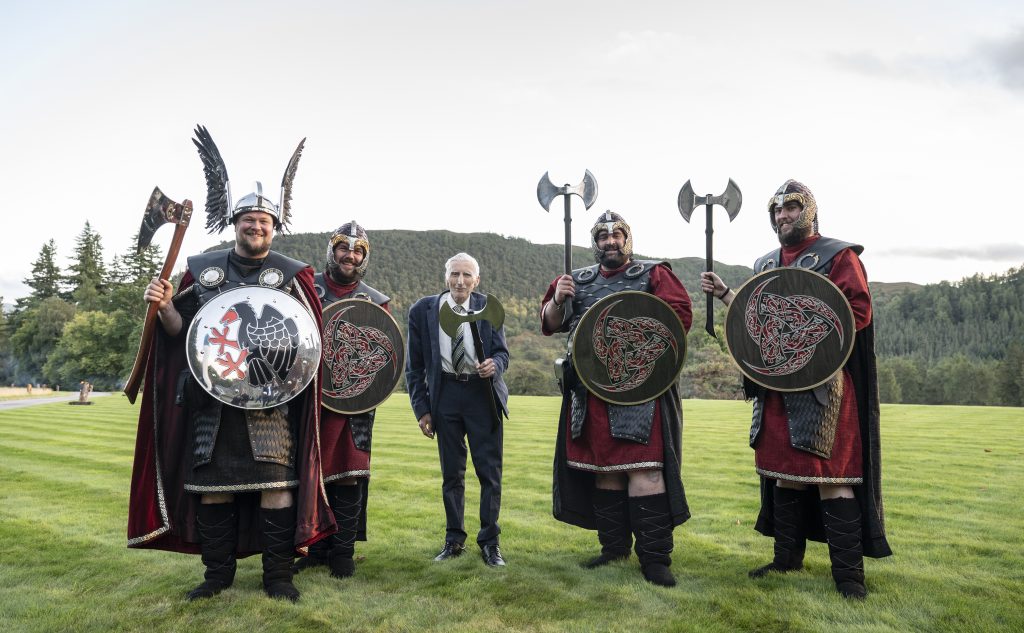 SaxaVord UK Spaceport was invited to attend and also sponsored an evening dinner at the Invercauld Estate near Braemar as part of the recent New Enlightenment Summit, dubbed McDavos.

Attended by luminaries from fields including medicine and public health, artificial intelligence, space, biodiversity, the green industrial revolution and politics, some of them Nobel Laureates, the event was an opportunity for the spaceport team to raise its profile among the scientific community.

The former astronomer royal, Lord Rees, told amusing anecdotes between courses, and the Italian physicist Carlo Rovelli spoke on the theme of time. Meeting members of the Up Helly Aa Jarl’s Squad prior to the dinner, Lord Rees said he intended to visit the spaceport in Shetland.

In his speech, SaxaVord UK Spaceport CEO Frank Strang said: “We in the UK are in a great position to ride the new space wave. We must pull together and ensure we do not lose out. We can be the envy of Europe but only if we get it right.

“Shetland throughout its history has been a frontier economy leading the way with oil and gas, aquaculture, oil rig decommissioning, hydrogen and now space.

“The whole of Shetland including the public sector has embraced both the excitement, culture and feeling of belonging. I genuinely believe that is one of the reasons Shetland ‘gets’ space. There are also many similarities with oil and gas, Shetland’s lifeblood up until a few years ago. Upstream and downstream also applies to space and we are supporting both upstream and downstream space businesses.

“Shetland is the home to the UK Pathfinder programme. This is the UK’s flagship launch initiative and a signal to the rest of the world that we are open for space launch business, especially orbital. We will be launching suborbital missions to 100km in the early summer next year and our first orbital mission is earmarked for the early autumn. This will be momentous for the UK space industry and will give the UK and Shetland global bragging rights.

“However, for some reason probably because we sit on the edge of the UK we seem to be the forgotten spaceport when it comes to awareness and support, we seem to be the footnote rather than the headline. I am not sure if the rest of the country really understands or appreciates how important the current Shetland economy is to the UK never mind that Shetland is helping place the UK at the heart of the new space economy.

“You can’t make a project like ours work without bringing the community with you and space does that, it brings everyone in together. That frontier spirit is delivering for the North Isles, but also be under no illusions for the UK. Our client base is truly international, we are working with the USA, France, Germany, Italy, Ukraine, the Faroese among others and from our small Island of 46 square miles and 635 of a population we are engaged with some of the giants of the space industry including SpaceX, Lockheed and Ariane.

“The UK launch industry, in football parlance, sits at the top of Division 1 and has the opportunity to be promoted into the Championship. We do have the capability of breaking into the Premiership if we are to succeed and go from Championship to Premier League we must move quickly.

“One successful orbital launch does not a UK launch Industry make, we need a sustainable industry and companies like Skyrora, HyImpulse, Lockheed and our other clients need access to talent, funding and proactive public sector support to fulfil our potential as a space nation.”