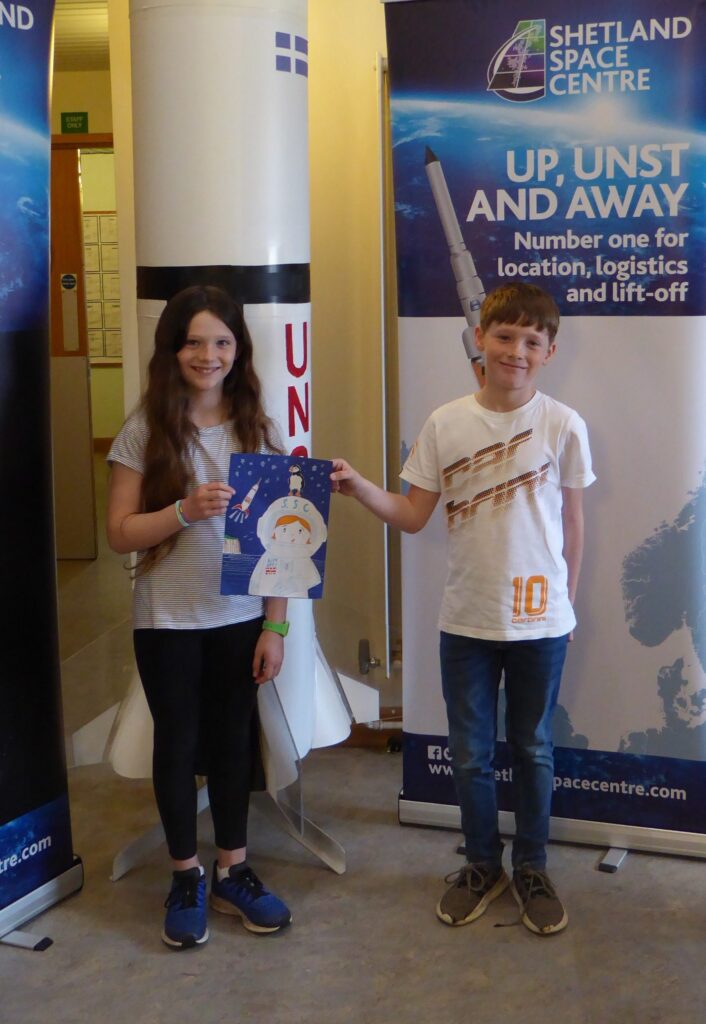 Brother and sister from Aith triumph in space art contest

The winners of Shetland Space Centre’s art contest, whose prize is a trip to Cape Canaveral in Florida, are a brother and sister from Aith.

Signe and Lockie Bullough, aged eight and 10, submitted a joint entry of a female astronaut with a puffin on top of her helmet and a rocket taking off in the background. The pair have an Unst connection as their mum, Lynn Ritch, is from the island.

Theirs was one of a remarkable 192 entries received, and the quality of the submissions was so high that the judges decided to award prizes to three children in three different age groups, five-seven, eight-11 and 12+. They will each receive a voucher for Mareel.

SSC administrator Carol Duncan, who judged the entries along with SSC director of Shetland operations Yvette Hopkins, Graeme Howell, chief executive of Shetland Arts, and Unst artist Pat Cerasale, said: “It was a fantastic competition, with a really high standard of entry.

“Congratulations to Signe and Lockie, who will be heading off to Florida along with their mum and dad when the travel situation returns to normal.

“We will shortly be putting up a selection of the artworks on our website for all to see, as they deserve to be seen.”