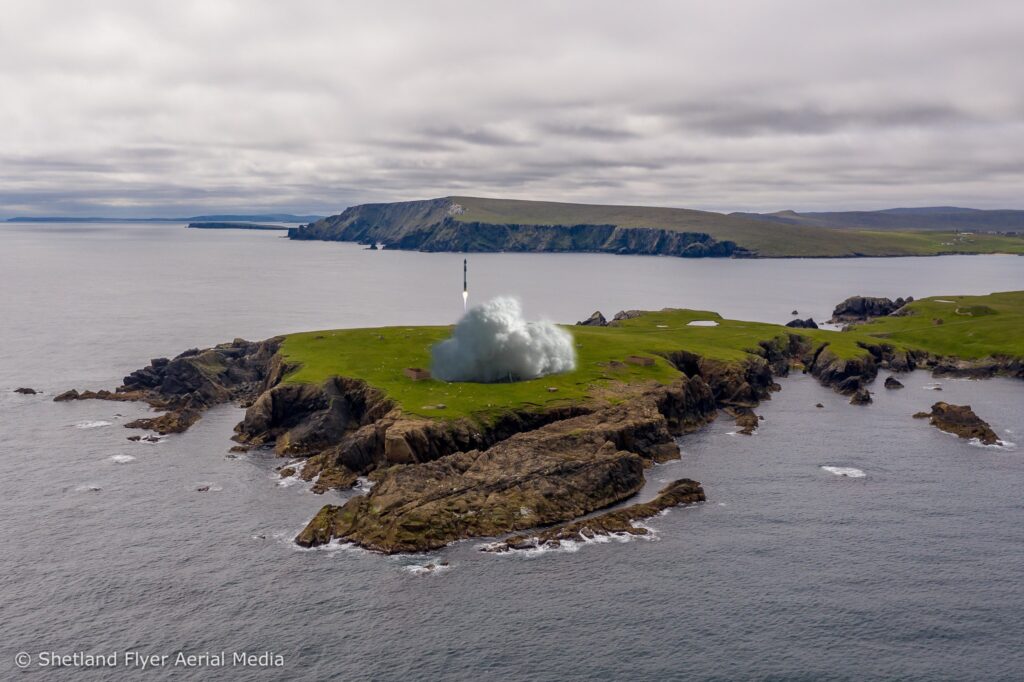 Construction of the UK’s first vertical launch spaceport is scheduled to begin in late March after it received planning approval from its local authority, Shetland Islands Council.

The privately-funded spaceport will consist of three launchpads at the Lamba Ness peninsula in Unst, allowing for the launch of small satellites into either polar or sun-synchronous, low-earth orbits.

With the ambition of achieving up to 30 launch events per year, the site will support launches by a range of launch service providers (LSPs) supporting industries and services including telecommunications, media, weather and defence.

Timelines are tight with the target of delivering the first orbital launch from UK soil after the third quarter of this year.

Longer-term, the spaceport is projected to be the catalyst to significant social and economic benefits to Unst in particular, and more widely across Shetland in terms of inward investment and job creation.

In a statement, SaxaVord Spaceport CEO, Frank Strang, said: “We have been working on bringing the space economy to Shetland for five years, so it is fantastic that the economic benefits are already being felt. To date, we have teamed up with established Shetland companies, such as Sandisons and Ocean Kinetics, as well as emerging local organisations, created by Unst residents who wish to support our exciting project.

“We will spend upwards of £43m over the next 18 months, rising to £100m in the next five years. We have already started blasting and crushing stone and are seeking to clarify the conditions imposed on the development by HES, SIC and others as soon as possible.

“Our team will collectively do everything in its power to ensure we can deliver this historic mission for Shetland, Scotland, and the UK.”

Mr Strang added that the SaxaVord Spaceport team had received a tremendous amount of support from the people of Unst, and without that support would have struggled to maintain momentum.

“In many ways, it has been humbling for us all. I would like to thank everyone involved for their patience and belief in what we are delivering,” Strang continued.

“Lastly, space is a global business, and we at SaxaVord are working with clients from all over the world to achieve this.

“Only the other week, with the Under Secretary of State for Scotland, we hosted several engineers from Edinburgh-based launch company Skyrora, who are committed to launching from our site on Shetland in the next few years.

“Although Scottish domiciled, their roots are very much in Ukraine. I would like to express our very best wishes and support to all their staff and families who are now caught up in the dreadful events in Ukraine following the senseless Russian invasion of their homeland.”